Each year, the Shinnyo-en UK temple holds a lantern floating festival for over 1,000 visitors. However, with COVID-19, social-distancing restrictions in place and many events already cancelled, our client knew this event couldn’t happen as they’d have liked.

Talking it through with our team, we jumped at the opportunity to adapt this annual occasion into a hybrid event and spread the festival across 8 days and live stream a daily TV show to those who couldn’t attend in person.

We set up a remote TV studio in the temple gardens under a 6x9m stretched tent. This included 2 4k operated cameras (one on a jib), radio mics, an astroturf-covered stage, 2 x 55" displays and studio lighting to wash the stage.

We placed 3 4k robotic cameras around the site to capture wide shots of the event, as well as in one of the temple’s prayer rooms - all controlled by our team within the fully-equipped broadcasting tent.

As there were still going to be around 150 guests each evening attending in person, we supplied power to light the whole site, managed the waste disposal and supplied luxury toilet trailers.

Each evening, volunteers from the temple presented the TV-style show - they hosted live interviews with guests; introduced pre-recorded messages and music performances that we’d filmed during the day and gave viewers an insight into their faith. With all the cameras installed around the site, they were able to present from the studio, one of the temple’s prayer rooms and even the lakeside!

As the show was filmed, it was broadcast live through their website where over 10,000 people tuned in over the 8 days and if viewers had any questions, they could text in and the presenters could answer them live on the show - a fantastic way to make people feel they were really involved.

We loved being able to bring this event to life - the show can still go on, albeit a little differently. 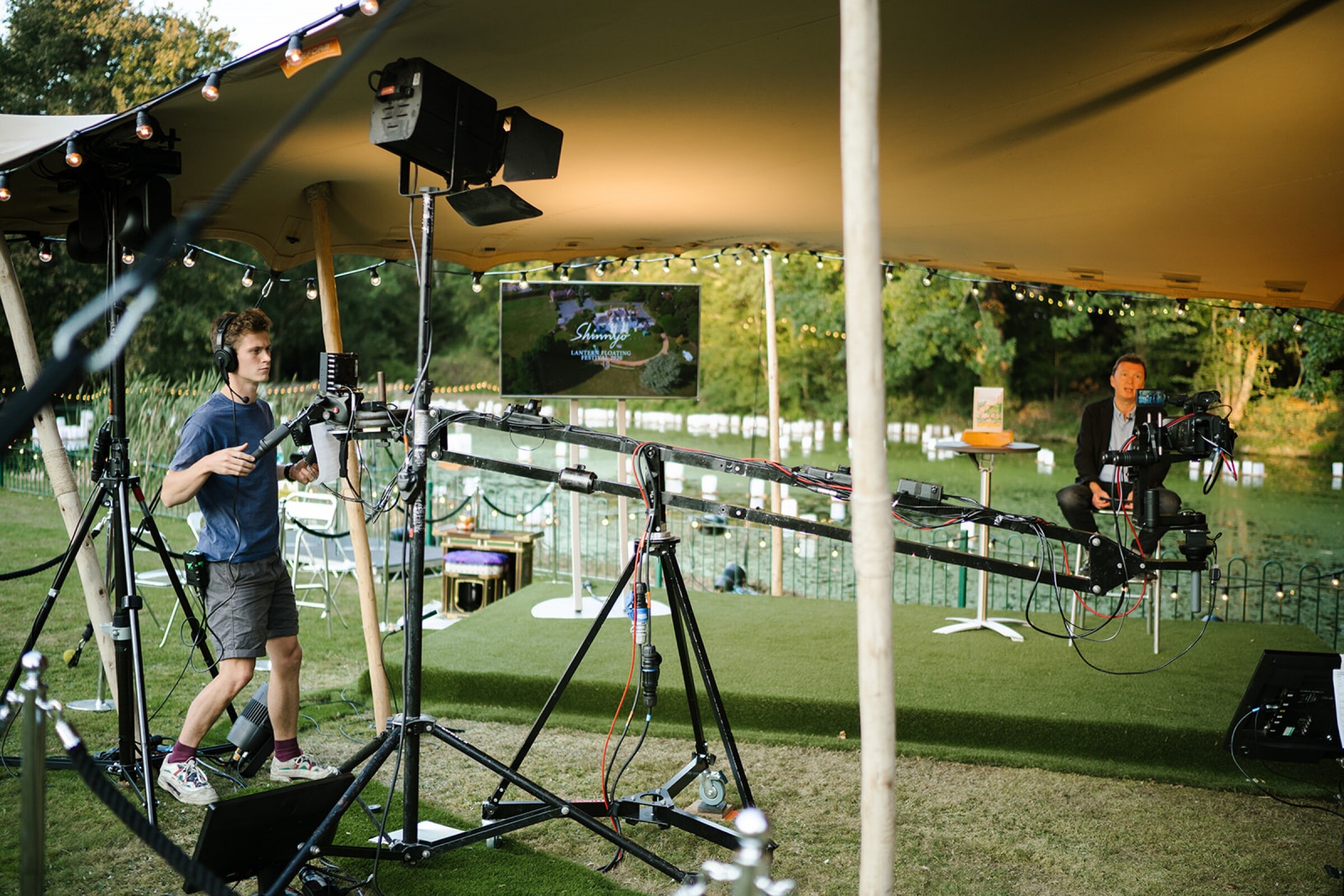 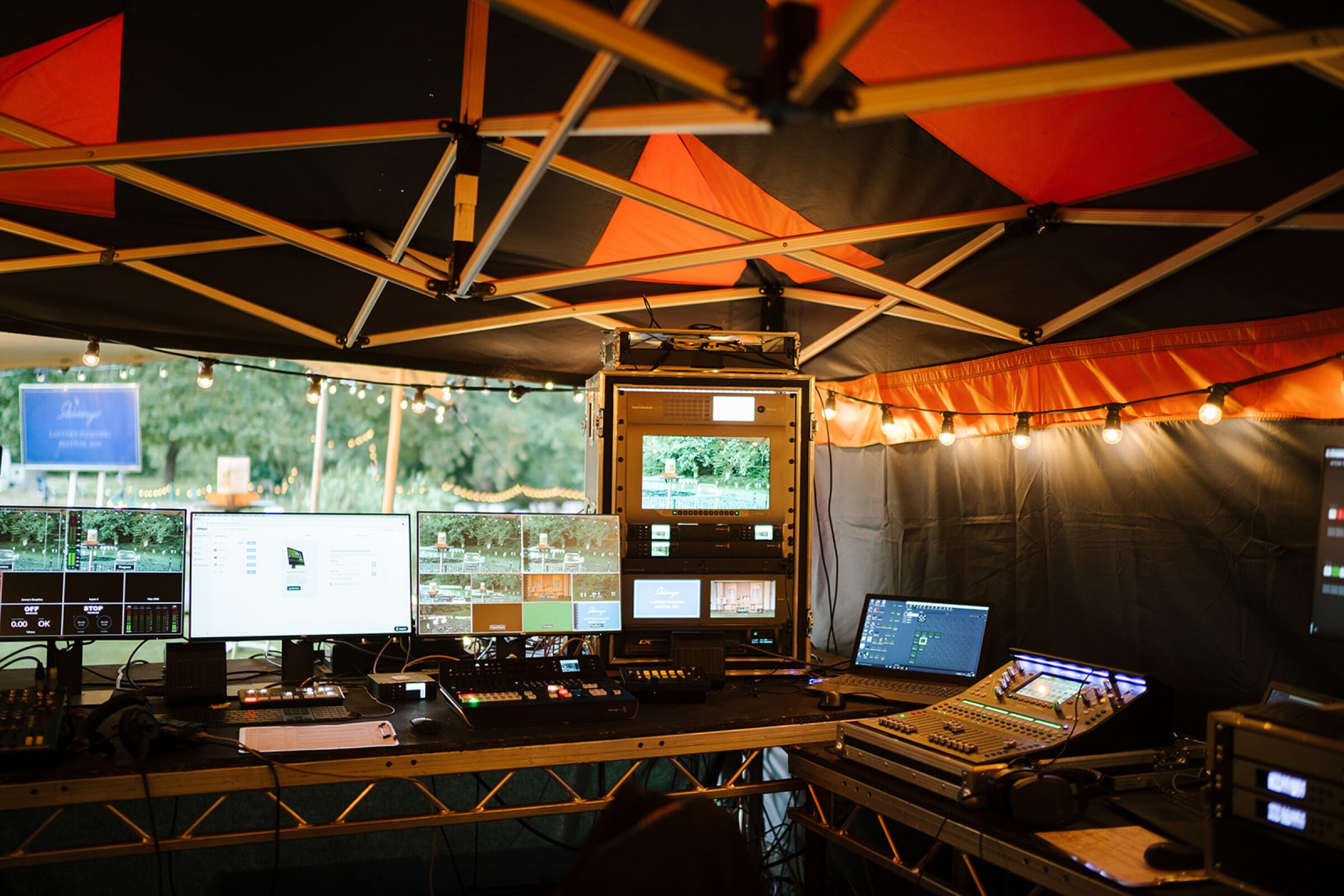 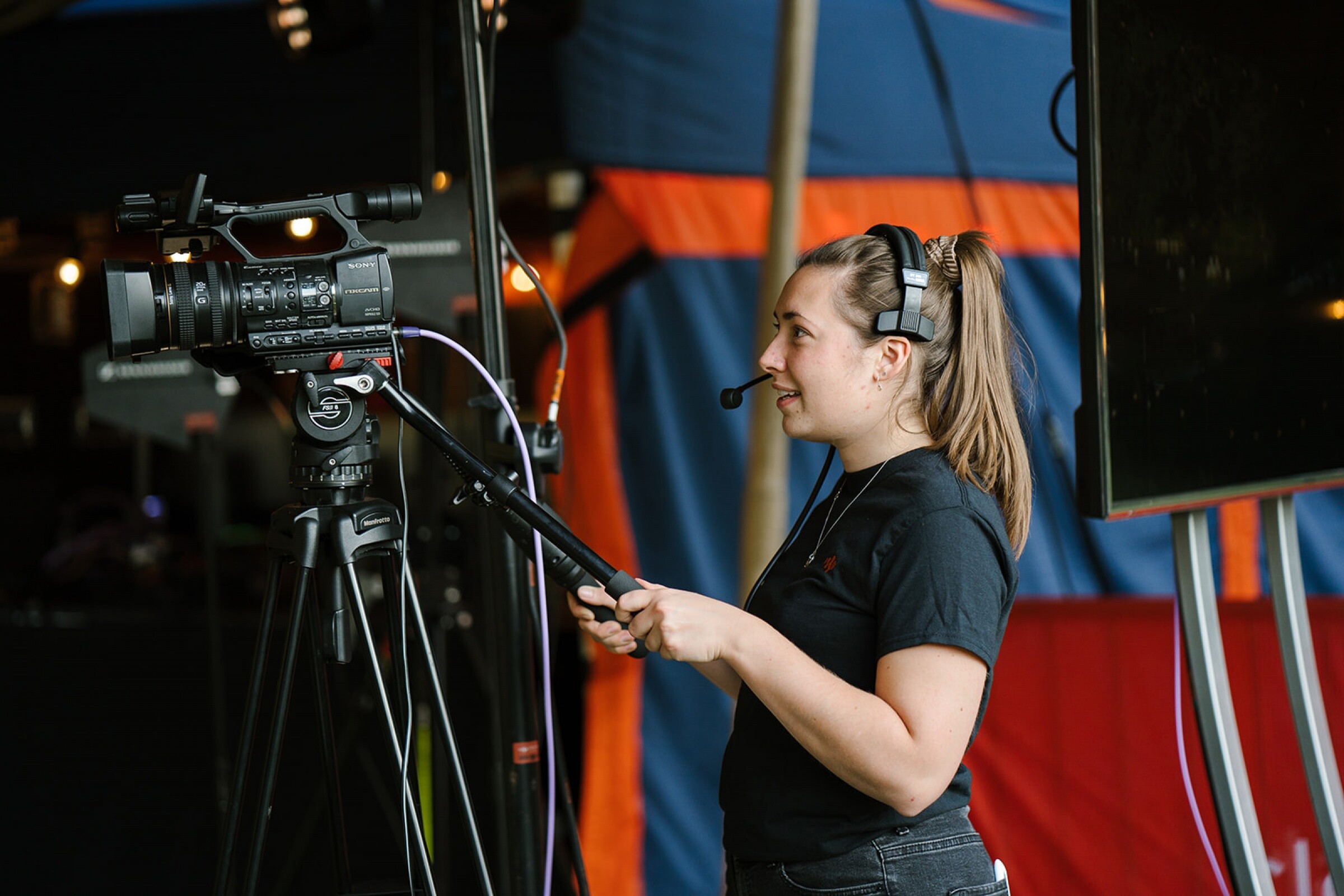 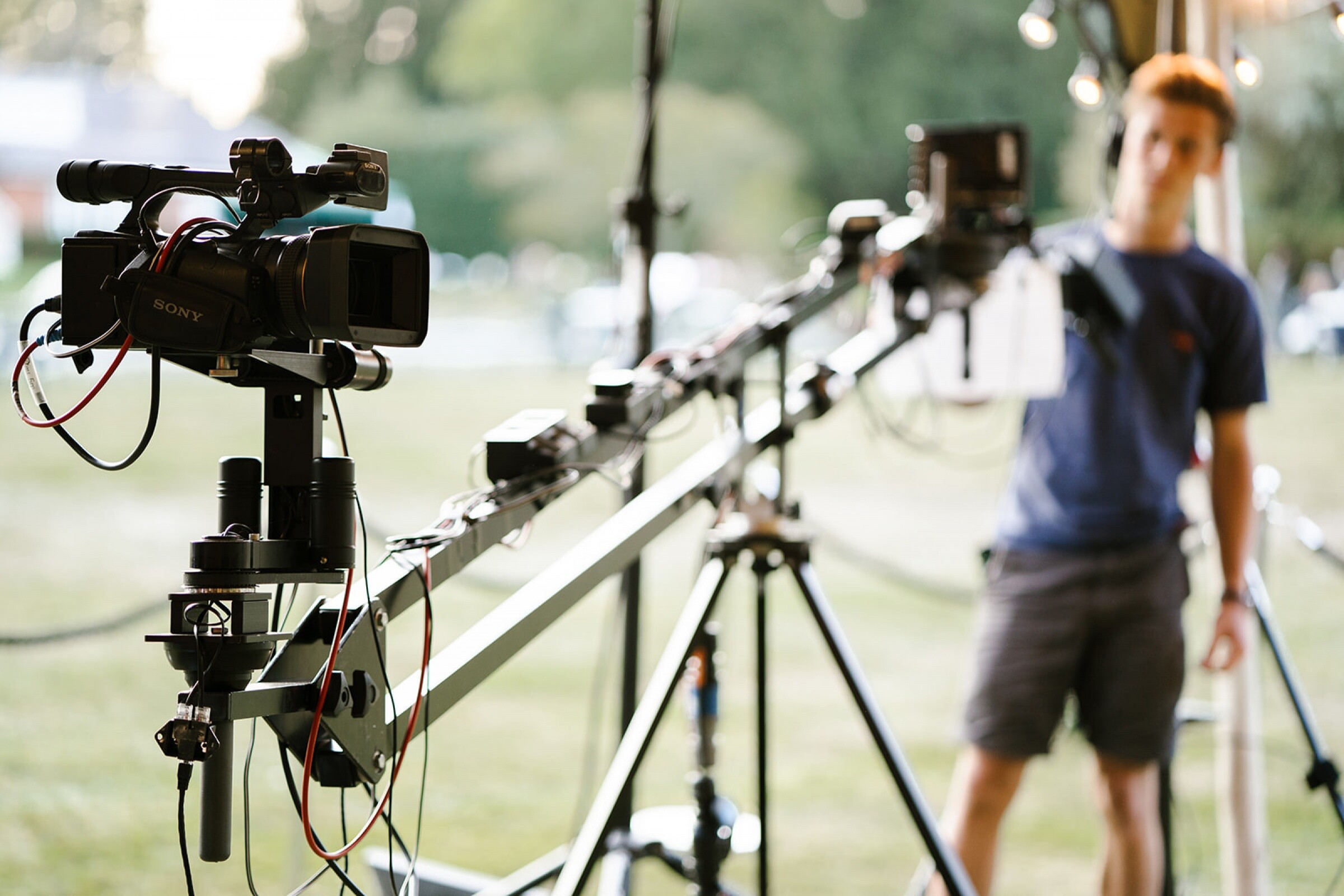 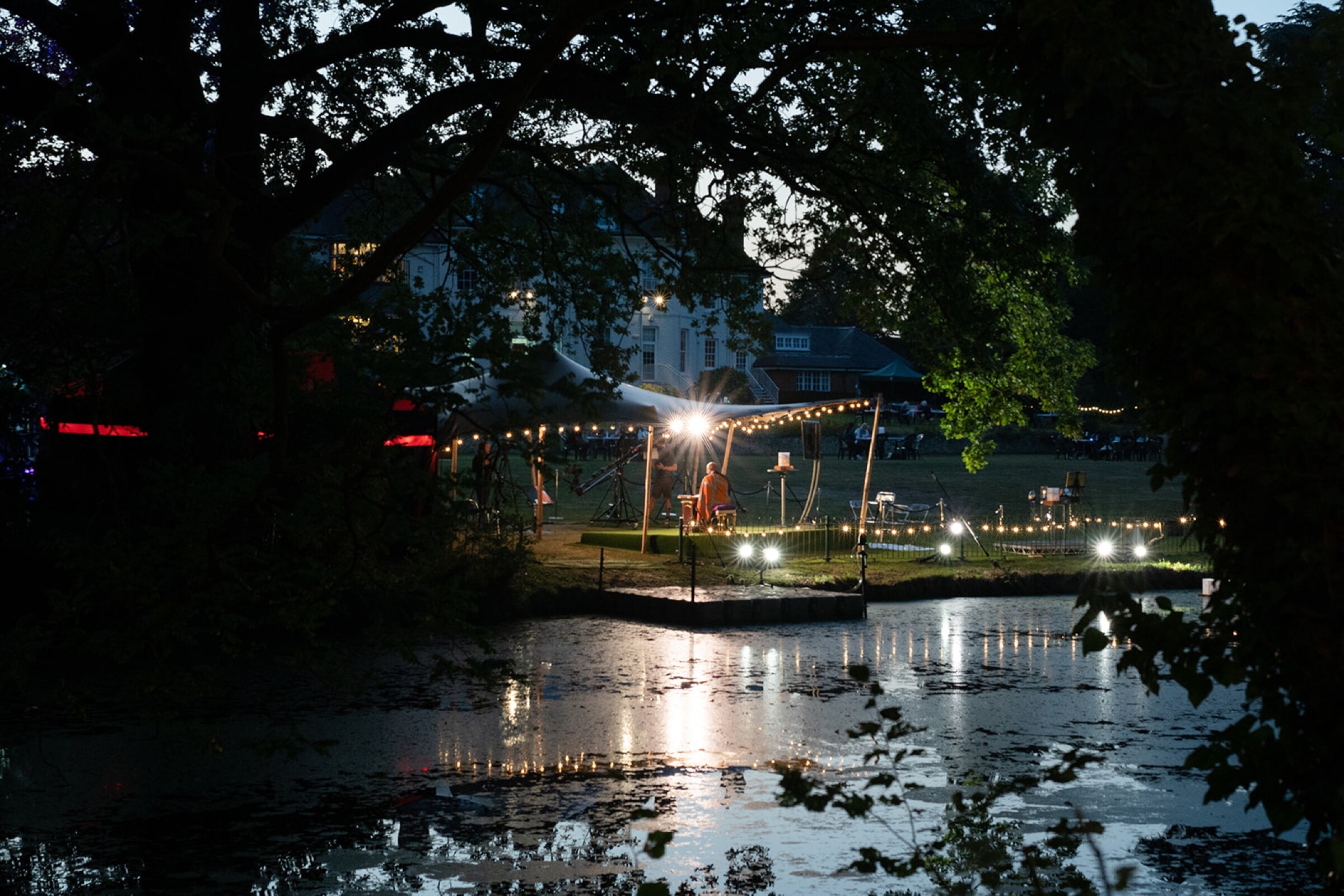 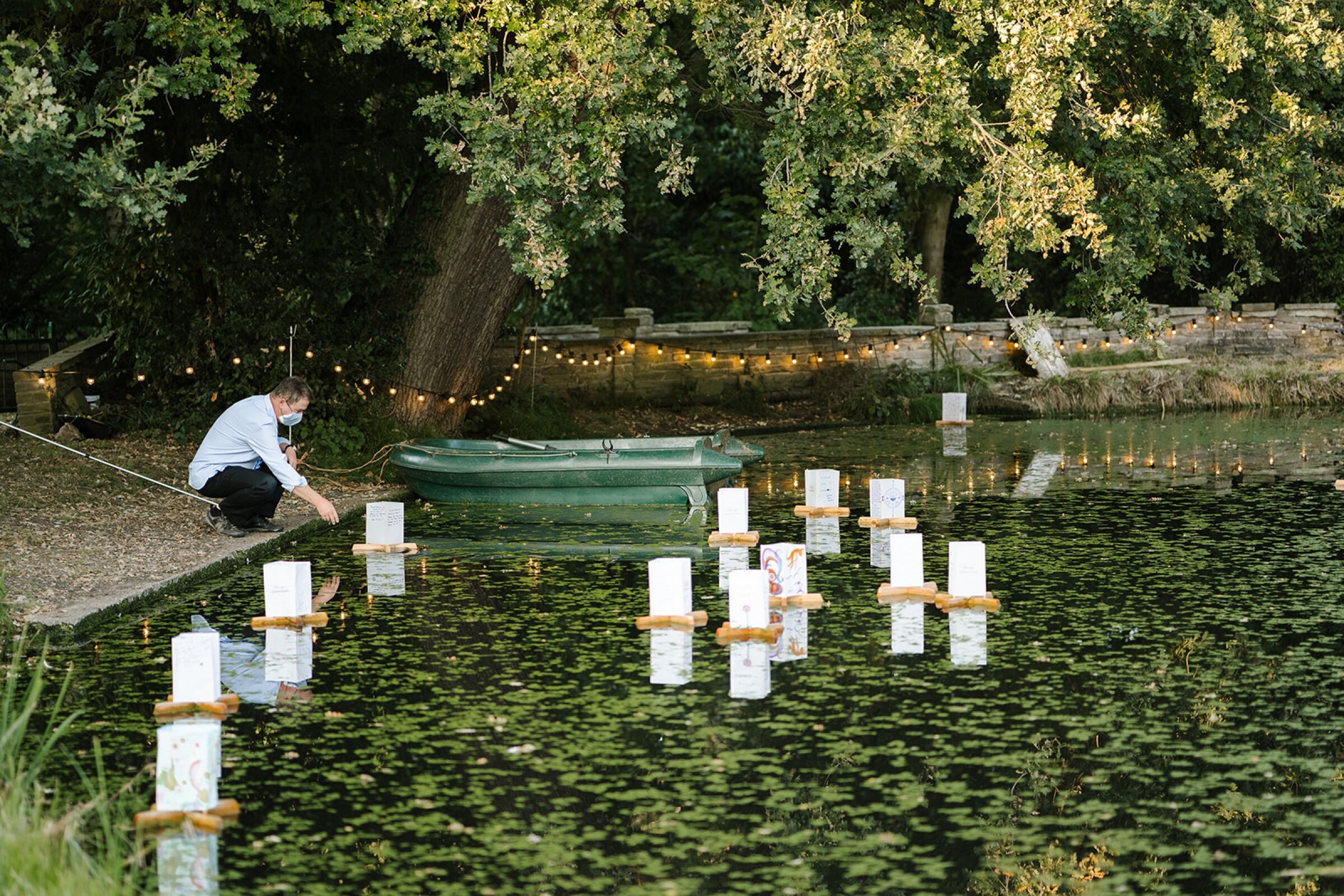 Live streaming made it possible for many more people than ever before to be part of our Shinnyo lantern floating festival. It was scary and very unknown to all of us but it was definitely, definitely worthwhile!
Michiko